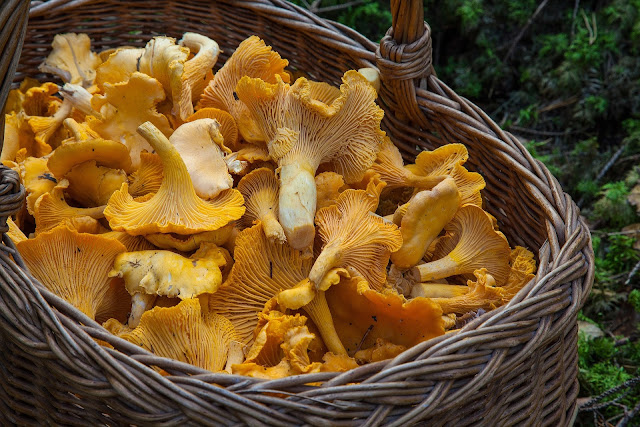 Mushrooms are unclean foods and they are not suitable to be consumed as Kosher food.


"God also said, “Look, I have given you every seed-bearing plant on the surface of the entire earth and every tree whose fruit contains seed. This food will be for you, 30 for all the wildlife of the earth, for every bird of the sky, and for every creature that crawls on the earth — everything having the breath of life in it. I have given every green plant for food.” And it was so. 31 God saw all that He had made, and it was very good." Genesis 1:29-31


Mushrooms Are Parasites And Scavengers

Mushrooms are growing fungi organisms with no chlorophyll, flowers, or leaves. Fungi get their nourishment from dead or living organic matter. Mushrooms are not chlorophyll-pigmented green vegetation herbs. Green herbs receive their life-sustaining energy by photosynthesizing energy from carbon dioxide, sunlight, and water. Scripturetruthministries

There are many inedible and poisonous species of mushrooms. People often get sick by having a negative digestive reaction after eating ‘edible’ mushrooms. Some people are highly allergic to all types of ‘edible’ mushrooms as well as all other types of fungi. Scripturetruthministries

Mushroom poisoning (also known as mycetism or mycetismus) refers to the harmful effects from the ingesting of toxic substances present in mushrooms. Symptoms can vary from slight stomach discomfort to death. Scripturetruthministries


Mushrooms are not vegetables