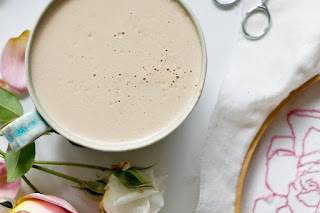 The surface is a matter of special interest in embroidery work. This makes the choice of materials of great importance. Besides the question of appearance, these must be suitable to the purpose, durable, and, if possible, pleasant to work with and upon.

The materials chosen should be the best of their kind, for time and labor are too valuable to be spent upon poor stuffs; occasionally a piece of old work is seen with the ground material in shreds and the embroidery upon it in a good state of preservation, which is a pity, for a newly applied ground of any kind is never as satisfactory as the original one. Still another plea for the use of good materials is the moral effect they may have upon the worker, inciting her to put forth her best efforts in using them.

The purpose to which the work is to be put usually decides the ground material, besides governing pattern, stitches, and everything else. A background is chosen, as a rule, to show to advantage and preserve what is to be placed upon it, though sometimes it is the other way about, and the pattern is planned to suit an already existing ground.

A background must take its right place, and not be too much in evidence, although if of the right kind it may be full of interest. There are, roughly speaking, three ways of treating the ground, leaving the material just as it is, covering part of it with stitching, or working entirely over it.

If there is no work upon the ground the choice of material becomes more important. Texture, color, tone, and possibly pattern, have all to be considered, though the problem is often best solved by the selection of a plain white linen.

The question of texture is sometimes one of its suitability for stitching upon; color and tone may be of all kinds and degrees from white to black; these two, as a rule, being particularly happy ones. If the ground stuff is patterned, as in the case of a damasked silk, it must be specially chosen to suit the work to be placed upon it; small diaper patterns are frequently very good, since they break up the surface pleasantly without being too evident.

Linen, which well answers all the usual requirements, is, for this reason, very frequently chosen for a ground material. It can be procured in great variety, the handmade linens being the best of all. Of kinds besides the ordinary are twilled linens, of which one named Kirriemuir twill is similar to the material used in the fine old embroidered curtains.

Some damask linens look very well as backgrounds for embroidery; the pattern is sometimes a slightly raised diaper, which forms a pleasantly broken surface. Loosely woven linens can be obtained specially suitable for drawn thread work. In any case, if there is dressing in the new material, it must be well boiled before the embroidery is commenced: this makes it much softer for stitching through.

Colored linens are rarely satisfactory, a certain kind of blue being almost the only exception. The safest plan is to keep to pure white, or to the unbleached varieties that have a slightly grey or warm tone about them.

Wools, silks, and flax threads all look well upon a linen ground; it is not usually in good taste to embroider with poor thread upon a rich ground material, and, upon the other hand, gold thread and floss demand silk or velvet rather than linen, though any rule of this kind may on occasion be broken.

Velvet and satin make excellent backgrounds for rich work; they should not be used unless of good quality. The pile of the best velvet is shorter than that of poorer kinds, and so is easier to manipulate, which is a further reason for using the best.

It is in any case a difficult material, so much so that work is often carried out on linen and afterwards applied to a velvet ground. The modern velvets, even the best of them, are for quality or colour not comparable with the old ones.

Silk of different kinds is largely employed, since it makes a suitable ground for many kinds of embroidery. Twilled and damasked silks are much used; in the last-named kind, patterns must be carefully chosen to suit the particular purpose. A thick ribbed silk is rarely satisfactory for embroidery purposes.

For working with silk thread, an untwisted floss takes the first place, but it needs some skill in manipulation. Filofloss is somewhat similar, but it has a slight twist in it, making it easier to work, though producing a less satisfactory result.

Filosel is useful for some kinds of work, but it is a poorer quality of silk. The purse silks, and what is called embroidery silk, are all excellent; they are tightly twisted varieties of fine quality. There are various others in use; a visit to a good embroidery depôt will probably be the best means of finding out about these and about materials in general.

Wools can be obtained in various thicknesses and twistings, each good in their way. Some workers prefer a but slightly twisted wool; however, examples of old wool work are to be found in which a finely twisted variety is used with most satisfactory effect.

Flax threads can be obtained in very good colours, and are to be highly recommended. There are various cottons procurable, either coloured or white, that are good for marking and other embroidery purposes where an evenly twisted thread is desirable.

Pearls and precious stones take their place in rich embroideries, also various less expensive but pretty stones may often be made use of effectively.

Beads are a fascinating material to work with; all kinds of pretty things can be done with them, either sewing them upon a ground, knitting or crocheting, or making use of a small bead loom. A good deal of the ready-made bought bead work, that only requires a monotonous ground to be filled in around an already worked pattern of sorts, is not at all suggestive of its possibilities.

Beads of both paste and glass can be obtained in much greater variety than is usually known, from the most minute in size to large varieties of all kinds of shapes and patterns, the colours of most of them being particularly good. The larger ornamental beads are useful in many ways, sometimes taking the place of tassels or fringes.

Many kinds of most curious materials are at times brought into the service of embroidery, but the above-mentioned ones are the most usual.