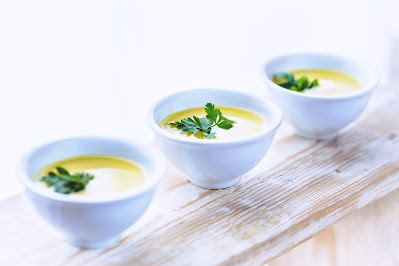 
Take two pounds of ribs of beef and one chicken. Place in a large cooking-vessel with plenty of water and add a split carrot and onion, a head of celery, a little parsley root, pepper and salt to taste, and a pinch of saffron. Let the whole simmer for two hours.


The meat is then removed and can be used as a separate dish.

This is an accompaniment of the Yom-tov soup described above. To each tablespoon of matzoth meal take one egg. Beat the egg separately, adding a very little ground ginger, powdered cinnamon, ground almond, pepper and salt.


Now stir in the matzoth meal and make into a paste with chicken fat or clarified dripping. Form this paste into small balls and boil them for twenty minutes in the Yom-tov soup.