I understand why some people don't associate or talk to homeless people and avoid them like the plague. Yes, I understand those people because I have become those people though I wasn't always like that.

It is not always about pride, ego and feeling better than the homeless person. Sometimes it boils down to fear. Fear is a powerful drive and factor that has a great influence on the way we act and fear is not always bad. Sometimes fear is protective as it keeps us away from harm.

Many years back, I met a man who looked homeless while I was walking from the grocery shop back to my apartment. Feeling like I should interact with him so I can seem cool (Lord forgive my pride and showing off) I stopped and talked with him for awhile. However as the conversation progressed, I soon learnt that the man who looked homeless wasn't actually homeless. He had just left home and decided to camp outside.

Now, something very interesting happened that evening after I got home. I suddenly felt under immense spiritual attack. Weird things began happening in our once peaceful apartment complex. That same night, I got into a really nasty altercation with one of my neighbors and it wasn't long before I lost that apartment and had to move to another city.

After that incidence, I have met many other homeless people on the streets and other places. And every time I have interacted or spoken to one of them, it hasn't been long before I get severe spiritual attacks. After noticing this pattern of events, I have eventually started avoiding homeless people I meet on the street unless they approach me first. It's not because I feel pride or that I'm better than anyone. It's just fear of what might happen bolstered by my previous experiences. So now, if I meet a homeless person on the street, I don't approach them or speak to them unless they approach me or speak to me first. It's a way of self-preservation.

Over the years, I have also learnt that not everyone who looks homeless is actually homeless. Some individuals are just wolves in sheep's clothes looking to devour their next victim. This is not to say that there are no genuinely homeless people who have no homes. Many people like this abound. The challenge is how to sift between the genuine and fake.

Considering I'm not God and I don't know the hearts of men or women and I prefer not to judge, these days I'm leaving it up to to God to determine genuine and fake as I stay on my lane. Someone might argue and say that the Bible says we should help the poor and needy. I'm all down for that. I totally believe the poor and needy need all the help they can get. However, I also strongly agree with the verse of making sure we don't broadcast our help and giving otherwise then we lose our reward.

"So, when you do tzedakah, don’t announce it with trumpets to win people’s praise, like the hypocrites in the synagogues and on the streets. Yes! I tell you, they have their reward already! But you, when you do tzedakah, don’t even let your left hand know what your right hand is doing. Then your tzedakah will be in secret; and your Father, who sees what you do in secret, will reward you."

And maybe that is what happened. Maybe I lost my rewards because I was trying to show off my deeds on the street corners. Well, I don't really know but one thing I have learnt is not to judge anyone who passes the homeless on the street. It's not always pride and ego. Sometimes it's protective. 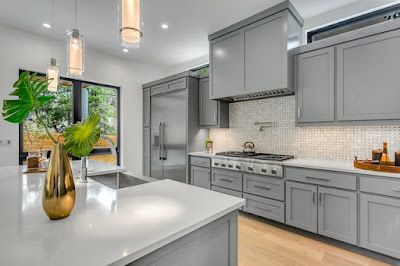 All scripture references have been obtained from The Complete Jewish Bible.